← The Help That Needed Some Help
End of Year Musings Week 4: Creation →

Day from Hell (except for lunch)

Sometimes, I cannot believe all the things I accomplish before 8 am. I get up (after slapping the snooze two or three times), take a handful of pills, shower, wake Edison, finish dressing, and go make sure Edison has gotten out of bed before heading downstairs. If Manfrengensen is up, I might also make our bed. Then it’s a start to the coffee maker before I open the blinds and go find everyone’s lunch boxes, 2 of 3 still being in certain people’s backpacks.

I collect lunches, (Manfrengensen usually makes the sandwiches the night before and puts them in the fridge) but I get together all of the drinks and sides, forks and napkins, get it all collected and sorted, and add an extra snack for Clooney’s mid-morning, plus refill his water bottle or I’ll never hear the end of it. Then I go wake The Princess and Clooney, usually trying to be fun about it, but that’s not always the most practical approach. Sometimes, all the laundry hasn’t been folded and put away, so I will have to go down to the laundry room to get someone a shirt or pair of pants.

Then it’s time for me to hurry Edison along, and when he comes down, I will make his breakfast to order and get his milk for him. When I remember, I also dole out Claritin and vitamins to him and Clooney. Clooney sometimes appears not long after Edison, but more often he 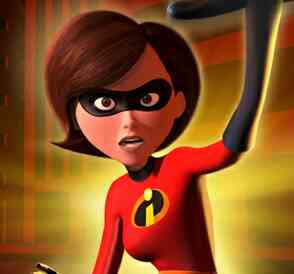 somehow makes it downstairs before his brother, and then I make his breakfast to order and the requisite chocolate milk (that boy, like his mother, is a slave to the Dark Master, and I’m not talking about Voldemort) and usually get him doing his homework (which I have at some point between opening the blinds and waking him, found and put out on the counter along with a pencil) since he is better focused before school than after.

Once they are eating, I will usually go try to drag The Princess out of bed, which is a drag. She is a grumpy bear in the morning. Once I get her out of bed, she’ll try to start a fight, typically about wearing something crazy like a sleeveless ballet leotard when it’s long-underwear weather or shoes that are two sizes too small or large, but I don’t take the bait. Hey, if she wants to be cold, or have blisters on her heels, who am I to stand in her way? I’ve got other fish I am frying at the moment. But I have recently started brushing her teeth for her, after two years of not doing that, because I found she wasn’t really brushing them, even though she would tell me she was.

So then, it’s back to getting Edison ready to catch the bus. Does he have his homework? Does he have his violin? Does he have his music? His script? His shoes? And if any of those items are missing, I will need to help him find it lest I end up driving him to school. No matter what time I get him up, he’s always running to catch the bus. And sometimes, after I watch him leave, after we’ve been through all those “Do you have?”s — I will return to the kitchen and there on the counter will be his lunchbox, or his violin, or his music. Then I know I have got another errand to run today. But you know, that’s another battle I have decided not to fight anymore. The kid is who he is. After six years of trying to change that, I’m just going with it. It takes so much less energy to just drive that sh@& to school.

By then, The Princess has made her appearance. Does she want breakfast? Sometimes. Sometimes she’ll want to go play Polly Pockets in the basement for the 20 minutes we have until we have to leave. Sometimes she’ll watch Spongebob. Occasionally she will allow me to brush the hair that has fashioned itself overnight into what appears to be a squirrel’s nest. Yes, she will allow me, but she won’t like it, and won’t be shy at all about saying so throughout the ENTIRE brushing session.

Then I will usually clear out the dishwasher and put all that stuff away if I have time. Sometimes there might even be time for me to have breakfast, but that’s rare. When it’s almost time to leave, I will give them a warning to get shoes on, which they typically heed, unless the TV is on. So then I make sure they have their backpacks and lunch boxes and library books and sneakers for PE and get your shoes on it’s time to go. No your shoes. And your coat and hat and gloves. And while I am directing them to the car, I am pouring myself coffee (and making that a double) for the road, and they will be out in the garage as I rifle through the junk drawer for my keys and follow them, and then we are off to the bus stop.

That’s the usual routine, anyway. Very little variation from day-to-day. Though this morning, I had the strangest dream around 6 am. First of all, I dreamt that my stepmother, who has quite the green thumb, was growing these beautiful exotic kind of orchids in the tank of her toilet. (I know, wtf, right?) But then, I was running away from The Princess, not sure why, though I am sure I could dig a bit deeper for those seeds. Anyway, I was running through a wooded area in the early morning, and I was worried that spiders might have been spinning webs in the night, so I was waving my arms in front of me as I ran. Then, my bare feet ran through a thick spider web, which snapped and wound around my ankle, which was when I noticed a HUGE spider at the end of the thread, now clinging to my leg, and I tried to kick it off.

And I woke up, just after my foot made contact with Manfrengensen’s shin in the real world. “Sorry, sorry,” I said.

So then, today was a little bit different because The Princess had her annual physical scheduled for this morning, and she was quite excited about this because she was hoping to need glasses. When she was informed by the medical staff that she, in fact, has 20/20 vision, and therefore does not need spectacles, she proceeded to make one of herself, practically crying her eyes out in the exam room while we were waiting for the doctor to come in. What am I supposed to say to that? Sorry you don’t need glasses, honey? Who wants glasses? As someone who is just above “mole” on the vision scale, I can attest to the fact that glasses are no great shakes. But she doesn’t listen to me, so…

Then she started with the not wanting to go to school routine, and that was tough titties as far as I was concerned. Thankfully, by the time I got her to school, she was cool with the arrangement and gave me a quick kiss before joining her friends in the classroom. Now I had just enough time to cross the northern part of the state to meet a friend for lunch. I texted her to let her know that I was spinning in circles, and she kindly agreed to meet me at a closer venue. We had a nice lunch,

great visit, plus I had a little time to run a quick errand before we met.

As soon as we were finished though, I had to head back to The Princess’s school to pick her up, stopping along the way for a few quick groceries. Got her, brought her home, gave her a snack and unloaded the groceries with very little time left before we had to go pick up Clooney from his bus stop. From there, we went to Edison’s school to grab him from his extracurricular activity, ran him home for a quick dinner, and then took everyone out again (because Manfrengensen is at a basketball game tonight) so that Edison could go to orchestra practice at yet another middle school which is even farther from home than his own. Since we had only an hour before we had to return for him, I took the other two for dinner at Panera, which was fun, and then we went back to collect Edison.

Got home, everyone snacked and showered, read a chapter of Harry Potter and the Order of the Phoenix to the three of them and now, I am enjoying the quiet. Not really a day from hell, just a long one. I don’t know how most people fit a full-time square job into the mix. Hat’s off to those of you who do.