The Princess recently turned seven, and this year, she wanted her party to be Brave-themed.

So I came up with some ideas that went with the theme. First we got some molded plastic crown goblets, along with gold paper plates, napkins and forks. 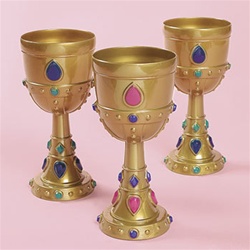 Then, I made Will O’ the Wisps, like the one Merida follows into the forest, using battery-operated tea lights, double-sided tape, some blue cellophane wrap and streamers.

First I put the double-sided tape around the edges of the tea lights,

and then I sort of randomly attached the cellophane.

Using more double-sided tape, I attached thin strips of white streamers under the cellophane. This was also good for folding parts of the cellophane to get a sort of rounded, billowy shape.

And then I used some white lanyard (because I couldn’t find the fishing line that I KNOW IS AROUND HERE SOMEWHERE!!) and hung them in a trail to the door of the party. They looked really great blowing in the breeze, and after the sun went down they looked really cool, as the little tea lights flickered in the night air.

I also made crowns (using paper crowns from the craft store and glue-on jewels) for all the girls. For the boys, I got some ear-headbands, though at this time of the year, I had trouble finding inexpensive bears and had to settle for mouse ears. The kids didn’t seem to mind. For goodie bags, I used gold paper bags, and inside of each was a little teddy bear, bullseye cookies from snack bakeshop and a little bow and arrow set that I made using popsicle sticks and Q-Tips. (Directions for those on Practice What You Pinterest) tomorrow. 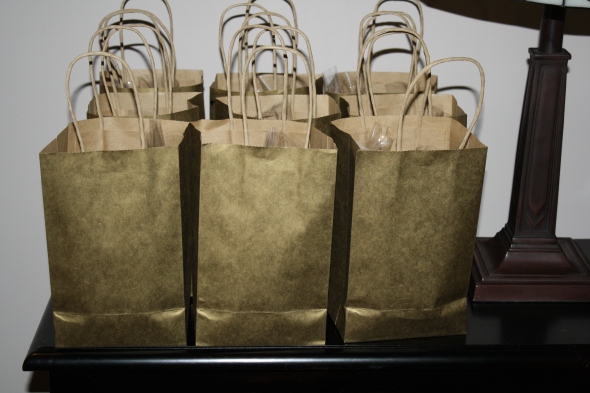 For cake, I made little cupcakes that looked a bit like the one Queen Elinor eats that turns her into a bear, and these were butterscotch flavored cake with vanilla butter cream icing. To make the cake, I started with a basic white cake recipe, and then I added a box of Jello Butterscotch Pudding mix.

The cupcakes were baked for 20 minutes, 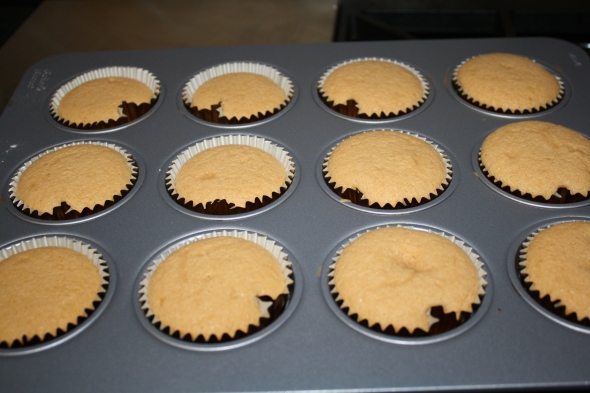 and once they had cooled, I put a ring around the top with vanilla butter cream icing.

Once all the rings had been placed, I took what was left of the frosting and added red food coloring. (I think that the center-circle of the cake in the movie might be red, but I couldn’t justify using the amount of food coloring it would take to make the icing red, thus mine were pink.) The pink icing was used then to fill the center circle on top of the cupcakes.

For games, we had a tug-of war, and I bought a little toy archery set. The kids had a nice competition to see who could hit the target, though it turned out to be more fun than it was competitive. 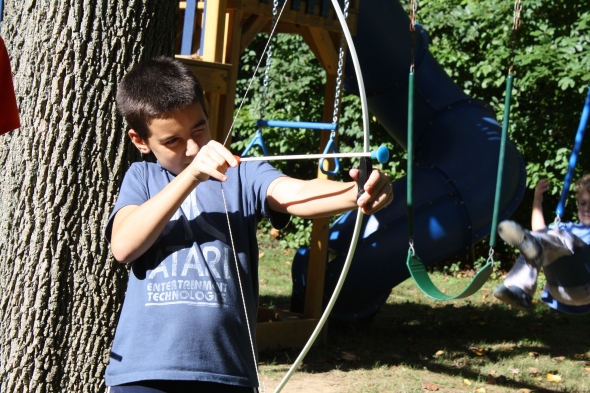 It was a really fun party, and The Princess had a great day. Though one other thing I forgot to mention: During the party, I set my iPod to play some Bagpipe music via Pandora Radio to go with the theme. One of the guests (or perhaps more than one…) kept turning it off though. Go figure.