It started as a little cough. I’ve had mild asthma for several years, so when I get sick, it always goes to my chest. I had switched doctors not too long ago, because my former GP had decided to go into teaching and leave her practice, and because of the change, I hadn’t renewed my Albuterol prescription in so long that it had expired. And as I got sicker, I found that I no longer had any working inhalers in the house, so I made an appointment at the new practice in hopes of getting a refill for those.

Since she could see me sooner than the doctor, I went into the office and saw the nurse practitioner. She’s really great, very thorough, and took a good look at all the things I was complaining about. Basically at that point, I had sinus and upper respiratory infections, so she gave me prescriptions for Augmenten (antibiotic), Tessalon (cough 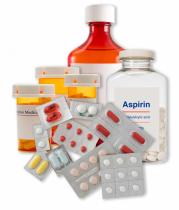 suppressant for day time) and Promethezine (cough suppressant with codeine for night time), and she renewed my script for Albuterol.

Two weeks later, the Augmenten was all gone, but the cough stubbornly lingered; not only lingered actually, but worsened. It was as if the cough had been waiting for the Augmenten to clear out of town and then just bloomed once it was. I waited another few days, and then went back to see the nurse practitioner, who figured that a low dose of Prednizone would knock out the cough, and she also upped my dose of Advair, a steroid inhaler that I take every day to maintain the asthma.

But, all that had no effect, so a week later, I went back to see the doctor, thinking that another opinion might help to get rid of this thing. She thought I might have whooping-cough (though I had a vaccine for pertussis in 2010) so she gave me a prescription for Zithromax, and thinking that the cough may also be caused by post-nasal drip, added a steroid nasal spray called Flonase.

Three days later, not only did I still have the cough, but I was completely a mess. Between all the steroids and the six weeks of Promethezine, I felt like a dozen ping-pong balls were bouncing on the inside of my head. My heart was racing. My chest hurt and my skin was clammy. I took the kids, who had the day off, to the grocery store, and I felt like I was going to pass out in the cookie aisle. I was afraid I might be having a heart attack. And then I remembered, I’m on so many drugs, I don’t know what day it is. It was like Brave New World over here.

So despite my fear that they might throw a net over me when I got there, I went back to see the doctor. I finished the Zithromax, but I stopped all of the other drugs. And I felt better. My head is stable and my heart is back to beating within the confines of my chest. I still have the cough, but at least I can see straight. They ran some blood tests, and it’s all normal, no worries.

I’ll be glad when the cough is gone, but overall, I feel like the attempted cures were worse than the underlying condition. February was quite the pharmacological odyssey.