Did I say kids were awesome?

The kids have been at each other’s throats for days. They’ve been arguing about EVERYTHING. I swear, if one of them says it’s cloudy today, the other one will point out that the percentage of blue sky to clouds negates the other’s declaration. And with three of them, this kind of thing is always happening between two. There is never a moment of peace. Plus, Manfrengensen has been working 6-day weeks, so when Sunday comes, I just want the day off.

Last night, I took the kids to seen Diary of a Wimpy Kid: Roderick Rules, which they liked. It had some funny moments, but also made me uncomfortable in some parts, but it’s just a movie, so I try not to take it too seriously. Edison came away with this idea of “Mom Bucks” where he and his siblings would earn play money from me for doing chores and things, that they would later exchange for real 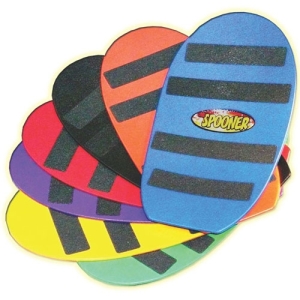 cash. That’s cool and all, but not really what I want to get with. I mean, first of all, they get allowances, and there’s really nothing that they want for. In addition to all that, I take them to the movies, and I also buy them things. Like yesterday, we went to this big community garage sale, and I got Edison a nice bike, almost new, for $20. After that, I took Clooney out to get him a Spooner Board, which you might think is overindulgence on my part, but it’s really just selfish. You see, by buying him this toy, I’m buying time for myself with kids outside. It’s win-win, as I see it. I don’t do it often, but I do it. To tell you the truth though, right from the start, I’m not too comfortable with this Mom Bucks thing because, and maybe I am being too idealistic here, but shouldn’t the motivation to help around the house and be kind to your siblings be intrinsic? Is that naive on my part?

Now, Edison is an early riser, and he rises every day with some kind of bee in his bonnet, some idea that he has, thing he wants to do, grand scheme he needs to execute. He’s off and running, sometimes without even remembering to brush his teeth. (Ew, I know, right?) Today’s idea: MOM BUCKS. So that when I come down, at Church-Time-minus-30, and no coffee yet made, he’s got every version of Monopoly we own spread out on the family room floor, and he has devised an ELABORATE set of parameters as to how each Mom Buck shall be earned.

I had to tell him to park it. Pistons were not firing yet, you know?

And this after I had gone into Clooney’s room (where The Princess sleeps on a fold-out chair on the weekends) to find them already locking their devilish horns. Clooney, I guess, had begun the day by declaring that this was The Princess’s last night in his room. I just backed away slowly, closed the door and pretended not to have witnessed.

Got to Mass just as the priest was getting ready to head up the center aisle. It wasn’t too crowded, I guess some people 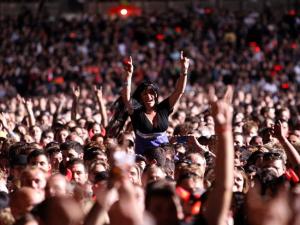 took off today, or maybe they are going to other masses because there’s no Sunday school this week. Manfrengenson trailed behind me and the boys with the Princess. We got good seats right up front. I really like our pastor. He gives an awesome homily, really knows how to tie the Gospel into what we’re dealing with in our 21st Century lives. He’s funny, comfortable with the flock, a very human kind of guy. When the homilies are over, I often want to hold up my phone and wave it in the air for an encore. “Woo-hoo! You rock, Dude!” Father Dave is like my spiritual Justin Beiber.

Today, however, I was distracted. The kids were jostling for space near me. The Princess, who’s usually in Sunday school during the 9:00 was insisting on sitting on my lap, while Clooney kept brushing his face against my arm like a cat trying to get its whiskers clean. The kicker was Communion. Before it started, the Princess, who is almost 6, and not at all a small 5, was insisting on being carried to the Priest while I went. I refused, and she refused to let it drop, whining in my ear during the entire Consecration. Communion time comes, and I pushed her out into the aisle. She’s still hanging onto my right arm and whining, while Clooney follows us, and takes hold of my left. They ‘re both hanging on me the whole time I accept the Eucharist and back to the pew, where Clooney immediately starts complaining that there’s a stain on his knee. For Pete’s sake, can’t I have a few minutes to pray? Just a minute to talk to God and ask him for the patience I need to deal with these people??

So, Clooney’s still kvetching, I haven’t knelt down yet, but as I turn to look at the problem, I notice that The Princess’s sippy cup has leaked milk all over the pew. Must be a whole pint there on the seat, so I reach into my purse for a wad of Kleenex, start mopping, the whole time, Clooney’s trying to sway my attention to the stain, I just want to pray…I’m kneeling while I’m cleaning (the rest of the congregation’s still going up for Communion) and as I straighten my leg to stand, the knee of my pants sticks to the kneeler. What’s on Clooney’s pants, what’s now on my pants, are the crushed raisins that The Princess has carelessly dropped during Mass.

These are the days that try moms souls…