What a night.  What an amazing time to be an American.  For the first time in a long time, I am proud – truly proud – of my fellow Americans.  Manfrengensen stayed up until 3 waiting for North Carolina to be called.  I hit the hay around 1, and I am completely wiped today.  My favorite moment was when they were introduced as the next First Family, and instead of coming out as just the next POTUS, he came out with his wife and kids.  The GOP likes to talk about how they are the real party of family values, and how the Dems are all a bunch of godless hedonists, but you look at the Obamas, and you think — there are the family values America holds so valuable.  It’s obvious that there is a great love, a great friendship and much mutual respect between them.  And I think that’s something we haven’t seen in a First Family for a long time. 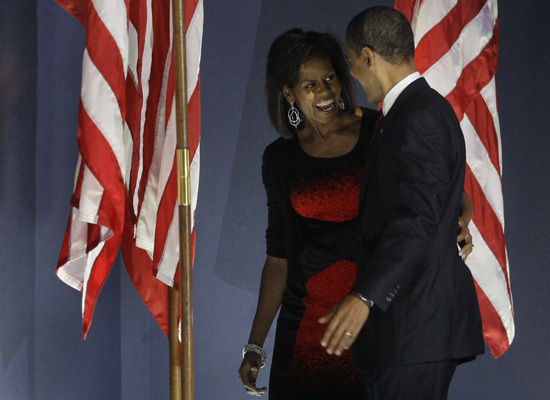 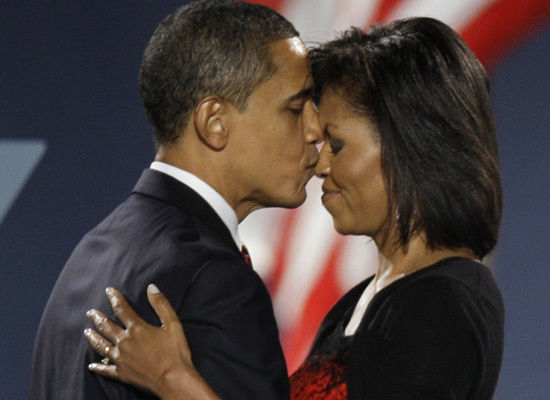 This one is my favorite:

This morning I woke the boys for school, and I told them the news.  Someday, fifty, seventy-five years from now, someone will ask my son if he remembers the election of 2008, and he will tell them about the lively conversations around our dinner table, and the morning when his mother woke him with tears in her eyes and told him this great man had been elected.

I also think that if McCain had been as honest during the campaign as he was in his concession speech, some of those swing states might have gone the other way.

This is a really interesting behind-the-scenes piece by Newsweek.