The Year In Pictures

It’s that time of year again, and this year, I really hope to keep up with ThinkIt’s Year-End Blog Wrap-Up. The prompt for December 1st is the Year in Pictures. I had a hard time reducing it to one moment, so I collected these, in no particular order: 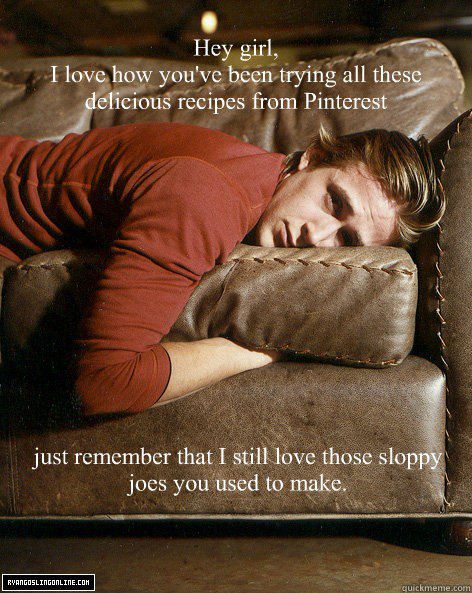 This year, I discovered Pinterest, and have spent a good deal of time trying out ideas from the site and blogging about them. 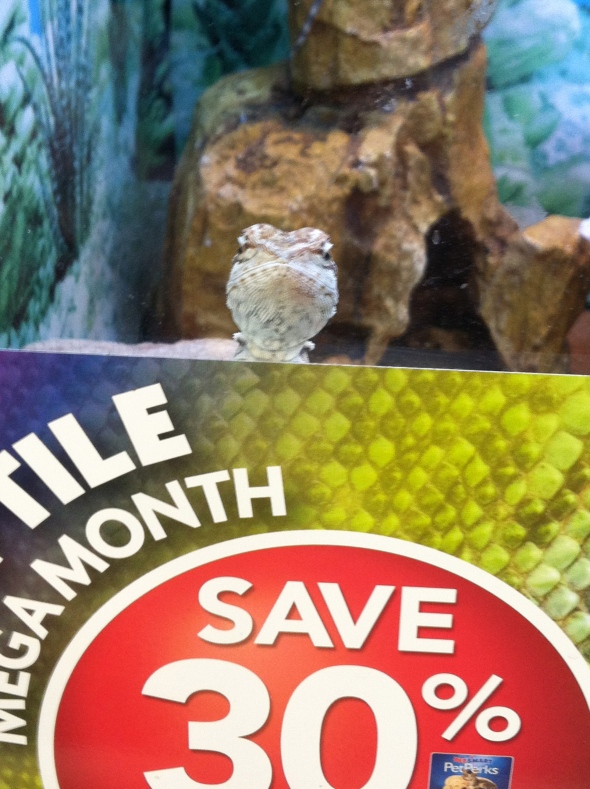 Met this guy at PetSmart.

Met this guy in the back yard.

Over the summer, I spent a week as a counselor at a wizard-themed camp. It was really fun, like working in an acting troupe for a week.

We also discovered Breaking Bad this year and got all caught up on all five seasons so far.

Some of the best moments of the year were spent looking at this. 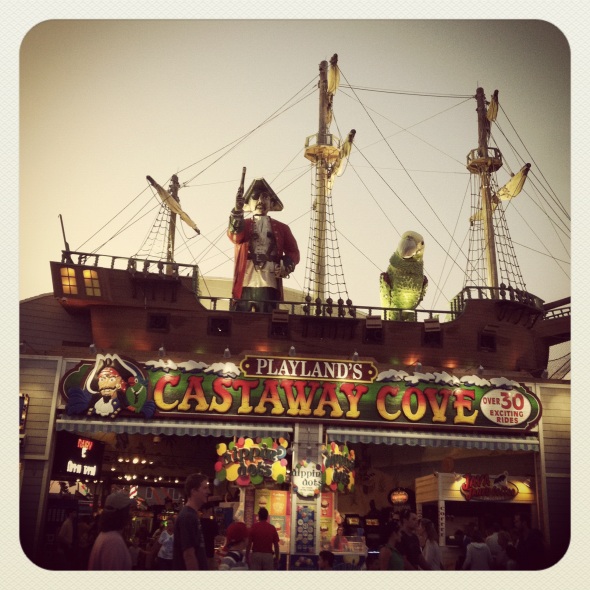 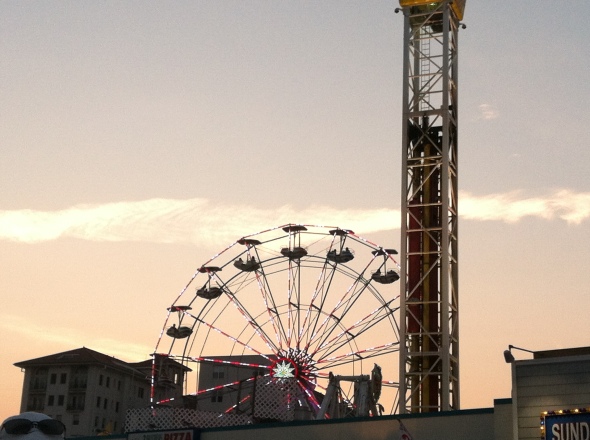 Is it me, or has this been the “Year of Bacon”?

I’m surely leaving out many memories of the year, but hopefully they will come back to me as we continue this process over the next few weeks.

Here’s an example of what it’s like for a mother of young children at the pool:

The Princess was paddling in the shallow end, safely ensconced in her pink floaty Disney princess vest. I had been in for a while, but it really wasn’t that hot a day, and I’d been fighting a headache all day, so I got out and wrapped myself in a towel. I sat in a chair at the side of the pool, while she showed me how she could jump, dunk her head (while holding her nose) and float. Every trick was preceded by the words, “Watch me.”

All of a sudden, I felt something in my throat. Had I swallowed a bug? In any case, the apparatus was seizing up on me. I needed water stat! But the water was on the other side of the pool, where Edison’s friends had settled for the afternoon. I got up to go get some, coughing and trying to swallow.

“Mommy, watch me!” The Princess called from the pool.

“Princess, I have to go get some water.”

“I swallowed a bug or something! I’ll be right back.”

Needless to say, I completed the task that was most pressing — I watched her for about ten more seconds before getting the water and preventing myself from full-on asphyxiation.

In other news, my decluttering thing has gotten a little side-tracked, but I have been slowly collecting things. Here are the things recently:

27) Hot Wheels stop watch. This had been Clooney’s, but he grew tired of it and gave it to The Princess. She put it on the desk in my office, where it proceeded to go off at random times. No one could figure it out, how to stop the beeping, how to work the thing. It moved from my office to the kitchen counter, where I finally dissected it to remove the battery and threw it away.

28) The Lemonade Stand. Purchased for $10 at Target four years ago, this thing has taken up space in our garage, only to be used for 20 minutes per annum. Not sure that in all its uses it paid for itself, but they never played with it for fun, only for business. I was going to throw it away when we moved, but they caught me and insisted we bring it to the new house.

29) Widowed yard game racket. Terrible game, really. Racket was neither taut enough to hit the ball back, nor slack enough to catch it. No idea what happened to its mate or the ball.

30) Clooney’s old raincoat. He must have taken it off in the garage last summer and left it there near the old paint cans. I’m sure it kept many a spider warm this past winter.

31, 32) Two Pirates of the Caribbean Nerf pistols. They only shoot one foam dart at a time, which in today’s automatic Nerf gun warfare is death.

33-37) 5 LEGO boxes. For some reason, the boys insist on keeping the boxes their LEGO sets come in. I don’t get that. It’s never going back in the box, and the model that they make and save (quite the racket LEGO’s got going these days. No longer do kids imagine myriad combinations for these blocks, now they are all specialized and the kids make the models, displaying them as trophies until when? college? they have their own children? The answer has yet to be discovered.) looks exactly like the one on the box, so what do they need to look at the box for? Makes no sense to me, so they’re gone.

Some headway. Next week while they are in camp, I am hoping to tackle the back room in the basement.

Someday this summer’s going to end.

It was a really good one, I must say. Despite the rocky start, we’ve all been quite happy. We are getting ready to move, which is why I haven’t written much. It was a quick decision; I had been looking for a year in this particular school district, a house came up that we fell in love with, and we jumped before the school year could begin. The last six weeks have been a frenzy of packing and putting our own house up for sale.

I did want to share a few more memories though:

This past week, The Princess and I were walking across a parking lot

in search of school supplies. She’s been getting into the “Punch Buggy” game, trying to keep up with her brothers, and she’s getting pretty good at pointing them out. I was looking straight ahead, focused on our destination, when she pointed and yelled “BLACK one!” just as an African American man happened to be passing in front of a shiny convertible Beetle.

I was a red one at that point. It kind of reminded me of the ending of Invasion of the Body Snatchers, the one with Donald Sutherland (um, SPOILER ALERT):

Then yesterday, as we walked up to the bus stop to meet the boys, I asked if she thought that I looked fat in my outfit, and she said, “No, you’re gorgeous!” I breathed a sigh of relief, until she continued, quite matter-of-factly, “Your boobs are just fat, but they’re supposed to be fat.”

Edison spent his free time this summer either making Lego stop animation videos like this one:

or tearing through the 39 Clues book series.

Clooney has loved every minute of camp, every day on the beach, and every moment he’s spent playing with either Legos or cars.

They are all very excited about the move and about school. It will be nice to get settled and get back into a routine. The summer has been so hot. I can’t wait for the crisp breath of Fall to whisper holiday promises in my ear.

Haven’t written in a while.  I guess there’s not much going on.  We are about to close out Week Three of the Great Shower Tile Project. The end is in sight, but only if I squint really hard.  At this point we are waiting on six pieces of accent tile, that the tiler ran out of, leaving a 4″x2″ space.  He says we can still shower in it while we wait for them to come back, but is that really a good idea?  Doesn’t matter anyway, because it turned out that even though the shower door guy told me to call him when they were finished and he would “come right out to measure,” he can’t come until Friday afternoon.  We were also missing some pieces to the plumbing fixtures, not crucial ones, but necessary nonetheless.  The plumber said “maybe” he’d be back Friday with them.  Maybe…

The kids are finished with school, though J has to go back Friday for a “moving up ceremony.”  After that, he and T3 can devote themselves, as much as I will allow them, completely to Wii.

Today T3 actually went on a hunger strike, taking to his bed when I asked him to stop playing and come down for lunch. He is particularly fond of creating “Miis” and has populated a large city full of them. His break today turned out to be a lot longer than it would have been had he just come down and eaten.

Manfrengensen says not to worry about the Wii addiction.  It will run its course.  And I have faith that it will.  Letting it go is better than battling all day about the number of hours they play.  Besides, it’s raining.  What else are they going to do?  Nice days, we’ll be in the park.  Today, they are working those thumbs.

Ee has her own addiction, a bit of a substance abuse problem.  And that substance is powdered sugar donuts.

On a completely different note, Manfrengensen let me read a few pages of the novel he started in November, and damned if it wasn’t really good.  I’m not the kind of person who would think his writing is amazing just because he’s my husband. That’s not how I roll.  I’m actually a little jealous of how good his manuscript is.  My own is like “chick lit,” which isn’t what I want it to be, but it is what it is in terms of the story and voice. I can’t just abandon it just because it’s not Michael-Chabon-esque, no matter how much I wish it was.  His book…it’s got that thing, that voice (of a man?), just good stuff.