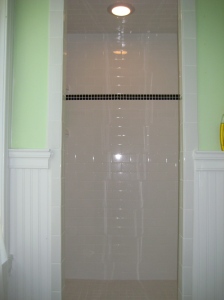 Good night’s sleep despite the wicked thunderstorms that raged last night.  Took our maiden showers in the newly updated facility.  We are still lacking the shower door (one to two weeks probably) but everything else was working — and heavenly so.

T3 slept without his pacifiers for the first time last night.  We have been trying to convince him to give them up for a long long time, but he only responded by tightening his grip and hoarding them.  When he finally turned them over to me yesterday, there was a total of eight, all of which he had been taking to bed with him each night.  Manfrengensen says this development is an example of why a free market economy works best.  If you give people an incentive, say a trip to ToysRUs, then they will do the right thing, like give up their binkies.

Last night, we also began the new program of “one meal” for the family each night, instead of the short-order cooking I have been doing.  Chicken soft tacos went over okay, even though they ate only the chicken and refused the tortillas.  Crazy, right?  They did eat it, even though it took them forever, and no one threw up, (though J did almost make himself gag a couple of times) but that’s a vast improvement over previous efforts to widen their horizons when it comes to eating.  Surprisingly, it was Ee who refused to eat, and she’s usually the one I don’t have to worry about.  She ate an apple for dinner instead.

I find I have been wasting a lot of time lately.  I should be working on my book, but the other night I went to work on it, and it is such a mess, not where I want it to be, that I just had to walk away.  It’s brewing though…

I went to book club the other night.  Sometimes I feel like…I have no connection to people.  I mean I like them, but when they all start talking about how they are looking forward to seeing Journey in concert, and re-constituted Journey at that…I have a hard time identifying. They were lamenting the fact that it wasn’t Steve Perry singing any more and I thought, Good, finally a reason to respect Steve Perry. Tell me about a re-constituted Clash concert, or the Replacements, and then maybe, maybe I will be interested.  I think I am just past the age for all that…nothing really tempts me, not even The Police, to shell out the Franklins.  Maybe the Pixies would…definitely, I’d go for the Pixies.  Yes, I know they did get back together briefly, but they didn’t come play close enough to me.

And what would be “close enough to me” exactly?  Ideally my living room, but even so, they didn’t come to my town or the closest major city.  Not that I would hear about it if they did because I avoid pop radio in general.

And it’s not that I think I am better than the Journey fans…I just feel like I am out of step with those I am surrounded by.  It’s like high school all over again, complete with the same soundtrack, only without the anxiety.

And when it comes to festival shows, I totally agree with Andrew Kuo, who put it perfectly in this graphic in the Sunday Times: 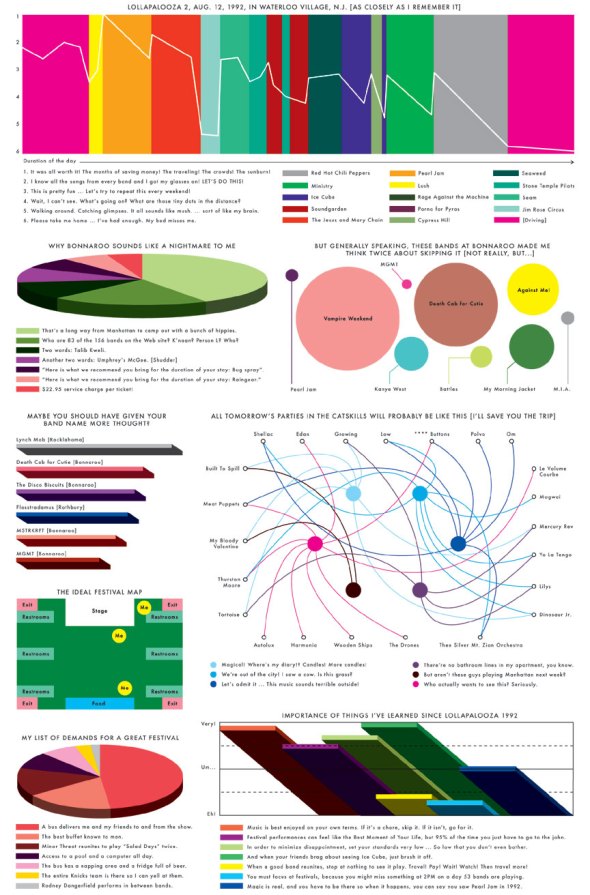 I couldn’t agree more, though because I am digitally challenged, I can’t make the graphic any bigger for you.  You can link to it here: Kuo Festival Chart.  I highly recommend you check it out, as I laughed out loud several times over breakfast this past Sunday while perusing it.

Gotta go to the park now, it’s a beautiful day…