Snippets from the Front (of Motherhood)

At Edison’s school, the kids wear uniforms. Spring uniforms were permitted at the end of Easter break, and for the boys, this meant shorts with a polo shirt. It was cold this week (highs in the 50’s) 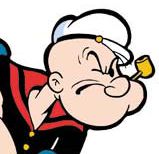 so I let him wear the polo shirt, but with his longer pants. Every day he would come into my room before the last of my snooze-button reprieves had ended to ask what he should wear. And every day I told him short-sleeve shirt, long pants, squinting at him from the mattress like Popeye.

Then yesterday, I was up and around, getting his clothes out for him. He asked if he could wear shorts, but I said no. The forecast was windy with a high of 60. “But,” he said, his face sad and pleading like a Basset Hound, “all the other boys in my class have been wearing shorts all week.” And I couldn’t argue with that, so I gave in easily. Okay, kiddo. Be chilly, but fit in. I understand where you are coming from.

Several weeks ago, I was at GapKids with The Princess, and she came across a pair of ballet flats with a large jewel on them. There are times, when as a parent, yes, you do have to pick your battles, but even then, even when you are ready to battle, even if you know going in that you’ll have to go all “William Wallace” on them, you know, they’re just never going to cave. Never. This was one of those times. The shoes were almost $30, and I

thought, shit, when the heck is she going to wear those? But I coughed up the thirty and sucked it up because I knew. The only way she was leaving the store without those shoes was going to be unending stress for me. And that’s worth $30, isn’t it?

They came in three colors, but only the pink ones fit her. She knew there were others, and in the last week or so, she had started asking for blue ones. I figured by now, they would be discounted, and they were, but every store I looked in was out of her size, including online. I enlisted the help of my stepmother and my mother-in-law, both of whom searched the malls that were out of my normal circle. Last week, my in-laws took a drive to New England, and they found a pair of blue ones, the last, apparently in the state of Massachusetts.  They had them shipped here, and they arrived yesterday, just as I was getting ready to make dinner.

I took them out of the package for The Princess, and returned to my supper duties. The next time I turned around, she had changed her entire outfit to match the shoes. “Don’t I look fancy?” she asked.

Not that I’m not living in the moment, but I can’t wait for next weekend.  Manfrengensen and I will away to NYC for our anniversary. Going to stay at a swanky hotel and celebrate eleven years of relatively blissful marriage. We also have tickets to see God of Carnage, which stars James Gandolfini, Marcia Gay Harden, Jeff Daniels and Hope Davis. Should be a fun weekend. Just plan to stroll the city (hopefully with good weather), spend some time at Central Park, visit my bro and his family, and a museum or two.

One Comment on “Snippets from the Front (of Motherhood)”