Couch to 5K to ER

Okay…so Manfrengensen is pretty fit. He didn’t used to be fit. I mean he was fine, not overweight or anything, but he didn’t make an effort to exercise regularly. Then we moved, and we’re less than a mile from a YMCA, so he started going. At first, he started swimming, 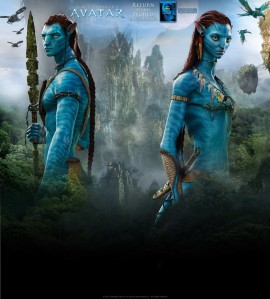 and then he started on the stationary bike. He’s quite competetive, so every time, he competes against himself, trying to top his last time or distance.

Then this summer, he started running, and he LOVES it. Loves it. He’s thinking about trying to run in the 2012 NYC Marathon. He’s serious business kind of running. Every day, he posts his progress via a chip in his Nike onto the Facebook; every day tells me that he set a new record. In short, he is into it. And he makes running sound like it’s so much fun.

He’s pared down now, his body looks almost Avatar-sh, only you know…not blue. And he hasn’t grown a tail. But I feel like when I hug him, I’m hugging a washboard. And when he hugs me, it’s probably like he’s hugging a bag of laundry.

So, I’ve been trying to exercise. Summer is hard to do regularly because the kids are on crazy schedules…I’m not even going to bother to lay out my lame excuses for you. There’s always an excuse.

It seems like everyone I know (except Manfrengensen) is doing some kind of Couch to 5K program. Just in case you haven’t heard, been under a rock, or just aren’t in tune to that kind of thing, Couch to 5K is an app you can download onto your phone, and it takes you gradually from the couch to being able to run a 5K. Supposedly. You warm up with a 5 minute walk, and then you run for a minute, walk for 2, run for 1, etc, until eventually, you do more running than walking, right up to all running. So I hear.

I thought I would try it. I got some good stretching in, following a stretching regimen I found on Youtube, and then I ran on the treadmill. And I couldn’t make it past 20 or 25 minutes. I couldn’t complete Week 1, Day 1. I would get a pain from my ankle to my knee (I have sprained that ankle so many times — have I ever told you what a graceful individual I am?) and I would have to slow down and stop. I tried different shoes. I tried more stretches, but I still couldn’t make it past 25 minutes.

So last week, I figured, perhaps it’s the treadmill. The weather had cooled, so I planned to run outside in my neighborhood. It was Wednesday, and it also happened to be the one day a month that I cook for a local soup kitchen. I had made the chicken, but then I also make a couple of desserts. The plan was to stretch, put the brownies in the oven, Couch to 5K for half an hour and then back to take out the brownies. So simple, it was bound to go south.

I locked the door, put the spare key in the zippered pocket of my pants and began. It was a beautiful, glorious afternoon. And since my house faces parkland, there was plenty of shade under which to run. It wasn’t bad at all, in fact, at times it felt almost good. But then, at the 15-minute mark, the pain began. I thought I would push through, and I tried, but it was too much, and I limped home. Got to the front door, reached into the pocket and all I found was a hole. A hole! 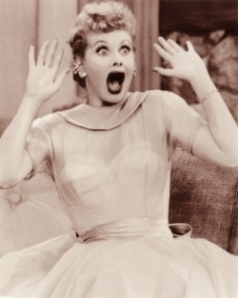 Where the key should have been! And the oven’s on! I’m like Lucille Ball over here, a sit-com mom, goofball, in short: a total dork. I am up a creek sans paddle or even any kind of floatation device.

I started looking for the key. The ground was covered with piles of the first brown leaves of the season. I scanned the street, the curb, the grass, my eyes darting (and by the way — brilliant me, I decided not to wear my glasses for the run so I was like Moleman looking for a glint of sunlight shining off anything at all) in vain for the key. I was saying a prayer to St. Anthony, because that’s what we Catholics do, until I was chanting it aloud, even injecting an expletive toward the end: St. Anthony, St. Anthony, please come around, my fucking key’s been lost and can’t be found. In retrospect, perhaps the expletive wasn’t a good idea, because as it turned out, St. Anthony gave me the high hat.

Manfrengensen was at a meeting that day, far away. My father had a spare key, but he was working, and I didn’t want to have to bother him. But time was ticking. Half an hour was up. The brownies were drying up in the pan, shriveling, becoming inedible, to say nothing of the potential fire hazard that seemed to become more inevitable with each passing minute.

I had to cave, and I called my dad (hoping that the number I dialed was his, since without my glasses I couldn’t read anything on my phone). After I told him I’d locked myself out, he said he was really busy, so I added, “Dad, I’ve got cake in the oven.”

“Oh, Jesus!” he exclaimed and hung up.

Ten minutes later he barrelled into my driveway. Said he was sorry, he was having a terrible day. He owns a 19-unit apartment building that keeps him very busy, and that day, someone had water leaking from her ceiling. They couldn’t figure out exactly where it was coming from, and he’d had to drop everything to come help me. 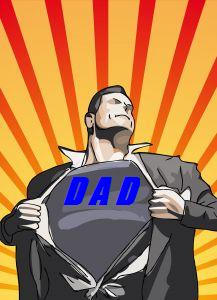 And he did. Let me tell you something about my dad: He’s my hero. I cannot tell you how many times the man has rescued me, but I can tell you that it’s been every time I’ve needed rescue. Superman’s got nothing on my dad. He’s awesome.

He tossed me the key, which I proceeded to drop inside the door pocket of his truck. And once I had fumbled to retrieve the thing, he took off to go solve other people’s problems. He’s the man.

So it’s actually a story about my relationship with my dad, rather than the disfunctional one I have with exercise. I think the fates are telling me that running might not be my thing. But I will find something. There’s a kick-boxing class that looks pretty cool at the Y this fall. I wonder if I can do that without hurting anyone. (Can’t you just see me losing one of my shoes?)