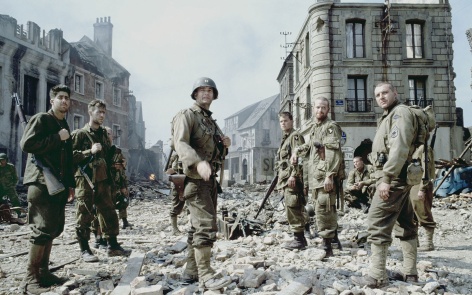 Believe it or not, Charlie Sheen was once a serious actor. 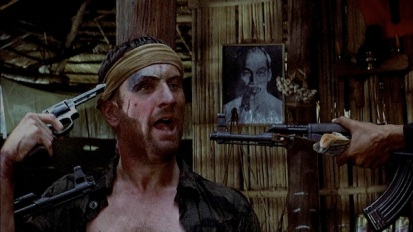 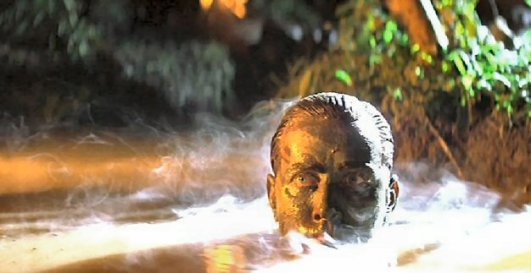 8. Empire of the Sun 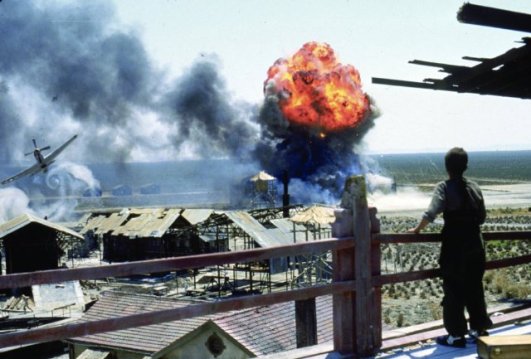 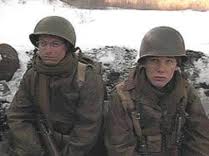 15. The Red Badge of Courage

Band of Brothers (Big surprise, but it is an awesome series. I mean, I’m a girl, and I think it’s awesome.)

Suggested titles for Pirates of the Caribbean 5

The Depps of Depravity

Pirates of the Caribbean There Done That

"You wear too much eye makeup. My sister wears too much...People think she's a whore."

I’m glad Slumdog Millionaire won Best Picture at the Oscars (which was THE most boring and self-important ceremony of all time).  It was a great movie, but I have to say that it was the best movie I never want to see again.

I don’t get these people who are going to see the slums of Mumbai after seeing this movie. How heartless and moronic is that? Who says to themselves after seeing this movie, “Man, I’ve just got to see those SLUMS!” Like they’re going to visit a zoo or one of those drive-through safari parks. How out-of-touch do you have to be to think the slums of Mumbai are fodder for sightseeing?

Do the world a favor — take those thousands you would spend on your vacation to the slums and give them to a relief organization. I’m not saying don’t go to India. By all means, go. See the Taj Mahal, experience the culture, maybe even hire a real-live yogi for an hour or so. But please, don’t sit in your chauffered, air-conditioned Mercedes and look out the window at people living in squalor. It takes away what dignity they cling to, and it dishonors you as well.

One more thing about the Slumdog, and I will be finished. Again, great film. But what kills me is the ads. Whenever you see a clip, it’s always Latika turning around in slow motion, the wind in her hair, making eye contact with Jamal across the crowded train platform. The print ads feature a photo of the two of them smiling and dancing, taken from the Bollywood-homage dance number that appears as the credits roll and has nothing to do with the story in the film. I’m not saying they should feature the scene at the orphanage with the spoon or anything. I just find it interesting that they sell it like it’s this happy kind of Indian Step Up 2.

Like I said, it’s a great movie, but I wouldn’t say that I “felt good” about it.

Speaking of wealthy, I’ve been thinking again about the $54 panties. I think there should be a special tax on $54 panties. Like, if you’re spending $54 on panties, you should automatically have to give a reasonable sum to someone who can’t afford clothing.

Just my 2 cents. Thanks for reading.

Glorious day today.  Planning to spend most of it in the park.  We went yesterday, and it was perhaps the best day we ever had there.  J latched onto some little kid, and the two of them spent hours on a blanket in the shade, pouring over the science section in J’s Brain Quest workbook. T3 ran with a bunch of kids his age, getting out all of his surplus energy, and Ee did what she usually does, the swing and slide circuit.

This morning, Ee and T3 were watching Hi-5 on Discovery Kids.  They love this show, for some reason.  To me, it seems like a bad high school musical.  Same kind of production values, I guess.  Plus, there are only 20 or 25 shows total, and Discovery runs them ten times a week.  Ten times a week!!  Do you have any idea how many times my kids have seen these then?  They know all the songs and moves by heart. How many three-year-olds do you know who can do jazz hands?  Mine does.  It’s cute, but in some ways, kind of frightening. Anyway, Ee says that she likes Karla on the show, and T3 says, “You can’t like Karla.  She steals other people’s songs sometimes.”  What??

Don’t you wish you had this much time on your hands?

Wish I had that many Legos too.

This is kind of funny too.

It’s July already.  We have been whirlwind busy, and for the most part things are good, though the bickering and tattling presents some challenges.

I had some trouble sleeping last night.  Not sure why.  Last night I watched Stardust, which has a great cast, including Robert DeNiro, Michelle Pfeiffer and Claire Daines.  I really liked it.  Reminded me a bit of The Princess Bride, but more in a fantasy vein with a pinch of Harry Potter, and also a bit of the same flavor as the ABC show Pushing Daisies.  Overall, I found it entertaining.

Then I read for a bit, and couldn’t put Away down.  I have about 60 pages to go.  I turned out the light around 12:30, Manfrengensen already snoozing beside me, and then I tossed and turned for another hour.  I feel a bit grumpy today, and I need to be on my game.  The boys are both having friends over for playdates this afternoon.

Momma’s Got a Brand New Blog

Manfrengensen and I are really enjoying this show on HBO:

Very interesting series, and we’re learning a lot about America’s second president. Though I thought the sex scene between Paul Giamatti and Laura Linney was gratuitous.  Kind of like some executive at HBO thought it had to be added to give the series that HBO signiature.  “If it doesn’t have gratuitous titties, it doesn’t say HBO.”

T3 is psyched for Speed Racer, but my hopes are not high.  The cast list credits one actor

portraying Rex Racer, and then Matthew Fox is Racer X. Um, what up with that?? I really hope the Rex Racer actor is playing him as a child.

Here’s the thing I don’t understand about some of these remakes of nostalgic series.  Why don’t they just take pages from the originals?  If you really want to get a franchise out of it, take what people liked about the series and build on that.  Most of these remakes are too kitstchy to catch on. And like most pieces of kitsch, it’s mostly just crap. Like if you are going to remake Speed Racer with live action, why not just take the first four episodes of the cartoon and bring them to life?  You can’t beat campy lines like the one where the villain tells Speed, “You’re tough kid, but you’re no match for Ace Deucey.”

My brother loved Speed Racer and Ultra Man, both of which used to be on in the afternoons when we got home from school.  I loved this one in kindergarten and first grade:

I think Marine Boy was my first crush.  My best friend and I used to take turns at recess pretending one was Marine Boy and the other was the mermaid, Neptina. Occasionally someone else would play along, pretending to be the dolphin. You can learn more about Marine Boy at:

Nope, they don’t make ’em like that any more.

So this morning, Ee asked me to help her take out a toy McDonald’s cash register that my mother-in-law had given her. My mother-in-law has bought the kids like four cash registers, all complete with annoying sounds.  Anyway, when I picked it up off the shelf, the thing rattled, which was unusual.  Upon closer inspection, I found all the missing spare keys that had disappeared from the junk drawer recently.

Somebody’s kids are grumpy this morning.  Manfrengensen and I went out last night, left two of them with a babysitter and took the other one to a moon bounce birthday party.  We dropped him off and went for Mexican.  Damn, those Mexicans can sure cook up some tasty vittles!

After that, we had some time to kill, so we took a drive through a neighborhood near our own where the houses are, shall we say, a bit more expensive.

And some of them were ostentaciously huge. Some of them were certifiable compounds. One looked like something out of an Jane Austen adaptation.  Another looked like a building on an Ivy League campus. But others looked more reasonable. Manfrengensen said, “This looks like the kind of neighborhood where afternoon tea is obligatory.”  I said more like afternoon cocktails. We pulled up in front of a gorgeous brick number with a FOR SALE sign on the lawn, that looked like it might almost be in our price range, but the fantasy in my head dissipated just then, when the Talking Heads sang  “This is not my beautiful house” on the radio. Kind of reminded me of when Manfrengensen bought a Jetta in 1999.  We signed the papers at the dealer and got in.  As he turned the key in the ignition, the radio spat out Cracker: “A million miles, a million miles…” A lattice of coincidence lays over top of everything…

I don’t necessarily fantasize about having a nicer house.  It would be nice to have just a little more room though.  And a basement that doesn’t breed cooties.

In any case, I guess everyone went to bed too late and got up too early.  I know I did.

Ee brought her toy camera to me this morning.  It has Buzz Lightyear on it and was, at one time, filled with candy.  “Cheese,” she said.  Then she went to her brothers and did the same.  To me, she reported that she had “cheesed” them.

Last night, T3 came over to me and furrowed his brow.  “Do you know what kind of face I’m making?” he asked.  I guessed: angry? thinking? “No,” he said, “I’m retermined.”

Manfrengensen and I watched this really great movie the other night called Rocket Science.  A small, indie-movie about a stuttering teen who joins the competitive world of debate teams in order to win an illusive love, it was really cute, hilariously funny, and took us in a completely different direction than we expected it to.  Highly recommend.

Today I am retermined to go to the gym and not to get stressed about anything.